Graduated from Classical High School 1974th year. Graduated from the 1979th in Electrical Engineering in Zagreb (FER) in the fields of electronics, the orientation of the radio communication. Master’s Thesis prepared in the field of biomedical electronics, entitled: “The acceleration osteosynthesis by means of induced voltages,” and he defended his 1986th year.

Worked in a factory RIZ on the development and construction hydroacustic and ultrasound equipment and transducers.

Since 1984. worked as head of electronic laboratory in the Department of Nuclear Medicine and Radiation Protection, Clinical Hospital Center Zagreb.

1995th founded and was head of clinical engineering at the Clinical Hospital Center Zagreb.

Published so far a dozen papers in the field of biomedical electronics, and holds training in nuclear medicine instrumentation in postgraduate study at the Medical Faculty in Zagreb. Entered in the register of researchers at the Ministry of Science and Technology in research vocation Research Assistant., As a collaborator on the project of the Ministry of Science and Technology, entitled: Quantitative measurements of biodistribution of radiopharmaceuticals

Appointed head of the Working Group for Clinical Engineering and Medical Physics Department of Health and was appointed a member of the Commission of the Ministry of Health for the standardization of data and processes in the system of Health.

In early 2002. appointed project manager of the World Health Organization (WHO) entitled: Establish a National Center for Health Technology Assessment.

In November of 2002. organized in cooperation with the Ministry of Health Workshop for more than 120 participants from the Croatian health care institutions and state institutions that lead to health policies: Health Technology Assessment in Croatian Health Care System.

In 35 years of Amateur Radio service is very active at all skilled, and most of the VHF and UHF areas. President of the Radio Club at the Electrical Engineering Faculty of Law from 1976 to 1982. From 1992 to 1995. VHF manager in HRS. The journal HRS-Radio editorial board member of the first issue, and announced to date more than 210 different items in the field of VHF and UHF activities, satellite communications, antenna, UHF and VHF amplifiers as well as a lot of information on a variety of skilled and VHF contests and activities, and an article on expedition to the island Lampedusa in Africa.

Gave ten lectures on the amateur radio satellites and satellite communications. As a permanent member of the Croatian DX Club 9A1A participated in winning many first places in the world and Europe in the major contests (CQ WW, WPX and ARRL). In the category of single operator in all major international contests, was a multiple world champion, Europe and Croatian.

Participated twice in the amateur radio expedition to the island Lampedusa in North Africa in the CQ WW contest and was a member of the team that was the world champion under the sign IG9A.

Built a number of different devices, HF and VHF amplifiers, modems and dozens of types of antennas. Active on all modes (SSTV, RTTY, PACTOR, Packet radio, etc.), as well as through amateur radio satellites.

Led dozens of courses for young hams and was a member of the Commission for taking the amateur radio exams.

At the Election Meeting held on HRS 2003rd He was elected president of the Croatian Amateur Radio Association in its mandate from 2003 to 2007 years.

The chief editor of the book Radiocommunications – amateur radio books for the exams for the A and P class. 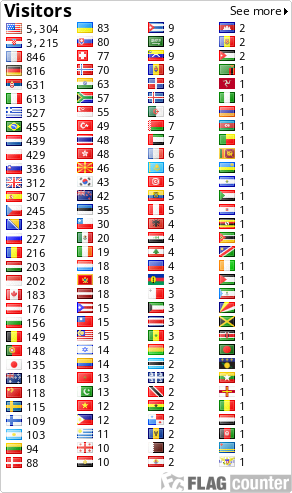